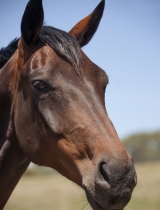 Sunglow is an imported performance mare who was successful in Young Horse classes before becoming a broodmare. She placed 4th at DWTS as a 6yo and won the 6yo class at the Sydney CDI.

Sunglow is by Sunny Boy, the licensed Sandro Hit son. Sunny Boy’s dam, Fantastica is the full sister to Don Schufro. Sunny Boy is known for his amazing rideability and spectacular gaits which he passes onto his progeny.

Sunglow’s dam is by Koenigstreuer, a quality Thoroughbred representing the top German dam bloodline used to create the modern Warmblood. He has exceptional movement in hand and under saddle, possessing all the attributes of a modern performance horse. Sunglow has proven herself to be an exceptional broodmare.

Our weather forecast is from Wunderground for WordPress